Grosvenor Place has unveiled the Rose Seidler Mural. The colourful mural, presented upon the building’s Piazza rooftop, is a giant replica of the stunning artwork painted by world-renowned architect, Harry Seidler in the early 1950’s on the wall of his parent’s home, Rose Seidler House. Led by Greg Holman of Harry Seidler & Associates, the finished piece marks a historical moment for the building and the first rooftop artwork of its kind in Sydney city.

The unique mural was inspired by Seidler’s time in Brazil in 1948 whilst working for celebrated twentieth-century architect, Oscar Niemeyer. Influenced by buildings such as Rio de Janeiro’s Ministry of Education and Health of 1936, the original mural on the wall of his parent’s home, is composed of bright hues and meandering free-form line work. 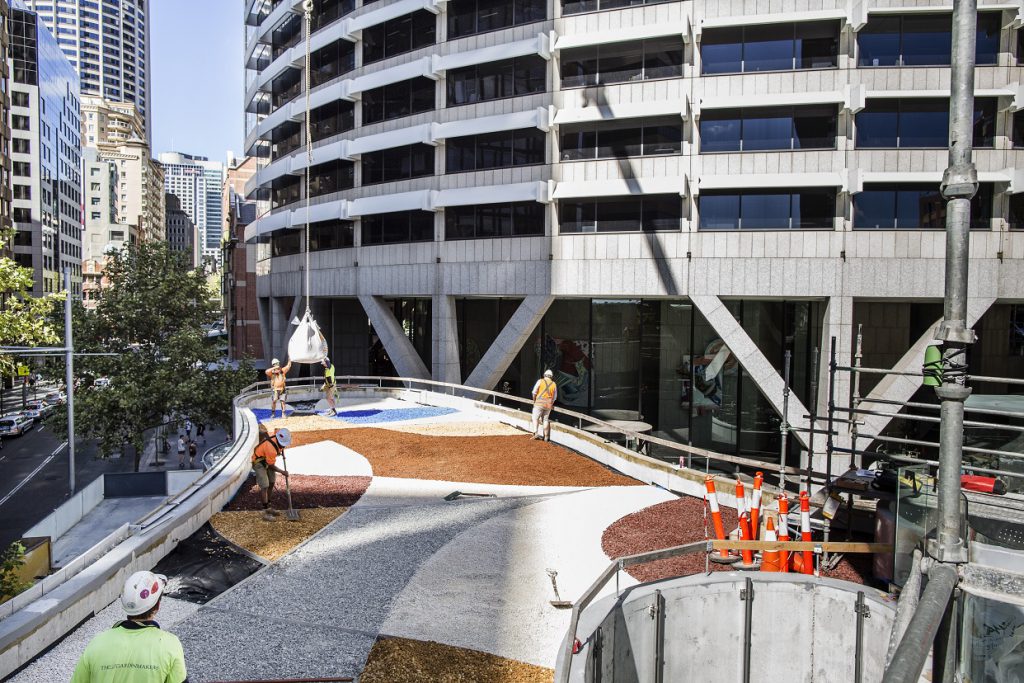 Lord Mayor of Sydney, Clover Moore commented, “On behalf of Sydney City, I am pleased to support the new rooftop artwork in the Grosvenor Place building. This is a wonderful example of the contribution being made by artists and those in the private and public sector who are producing new developments with innovative architecture and important public artworks. I commend Harry Seidler & Associates for enhancing Sydney as a global city that is dynamic, appealing and surprising; a city in which people want to spend time.”

The Rose Seidler Mural consists of coloured gravel and cut glass laid between aluminium-plated shapes with many of the materials sourced locally by the team at Harry Seidler & Associates. 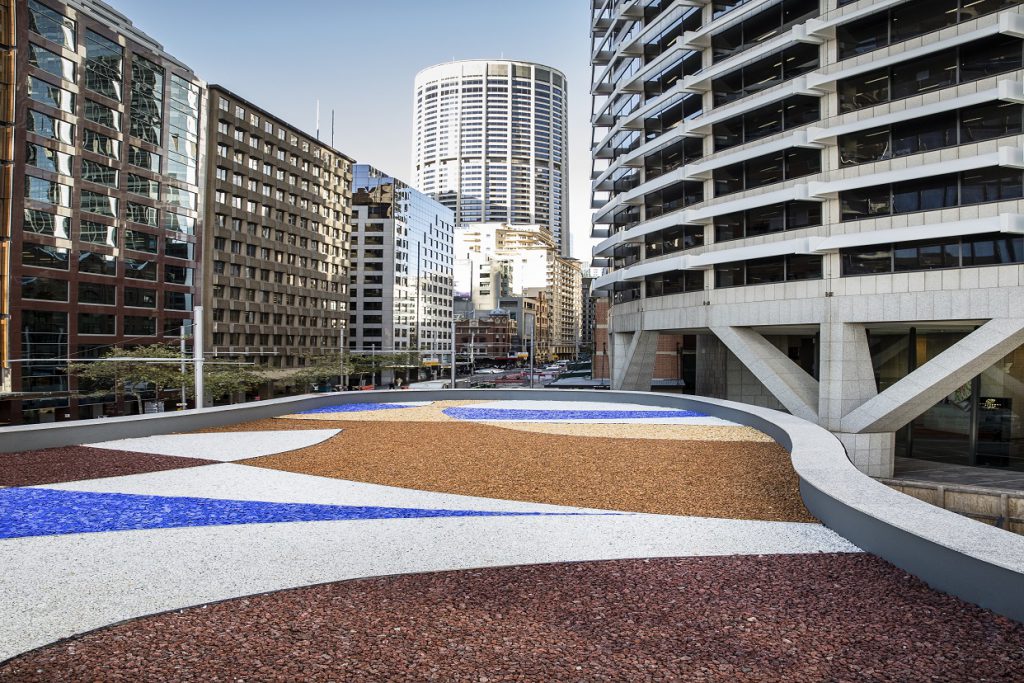