Grosvenor Place stands against Sydney’s skyline as a monument to sustainability. Executive Director John Derrick shares how it represents the future of eco-friendly design.

It can be hard to associate inner-city skyscrapers with environmentalism, but Sydney’s Grosvenor Place defies that apparent disconnect. Designed in 1982 by renowned modernist architect Harry Seidler and opened in 1987, Grosvenor Place’s distinctive curved design is a fixture on the CBD skyline. The tower is a paragon of eco-friendly design, and holds a 4.5 star NABERS Energy rating making it future ready for further improvement.

Leading the way forward for Grosvenor Place is Executive Director John Derrick, who is, as one can imagine, immensely proud of its strides forward in eco-design. 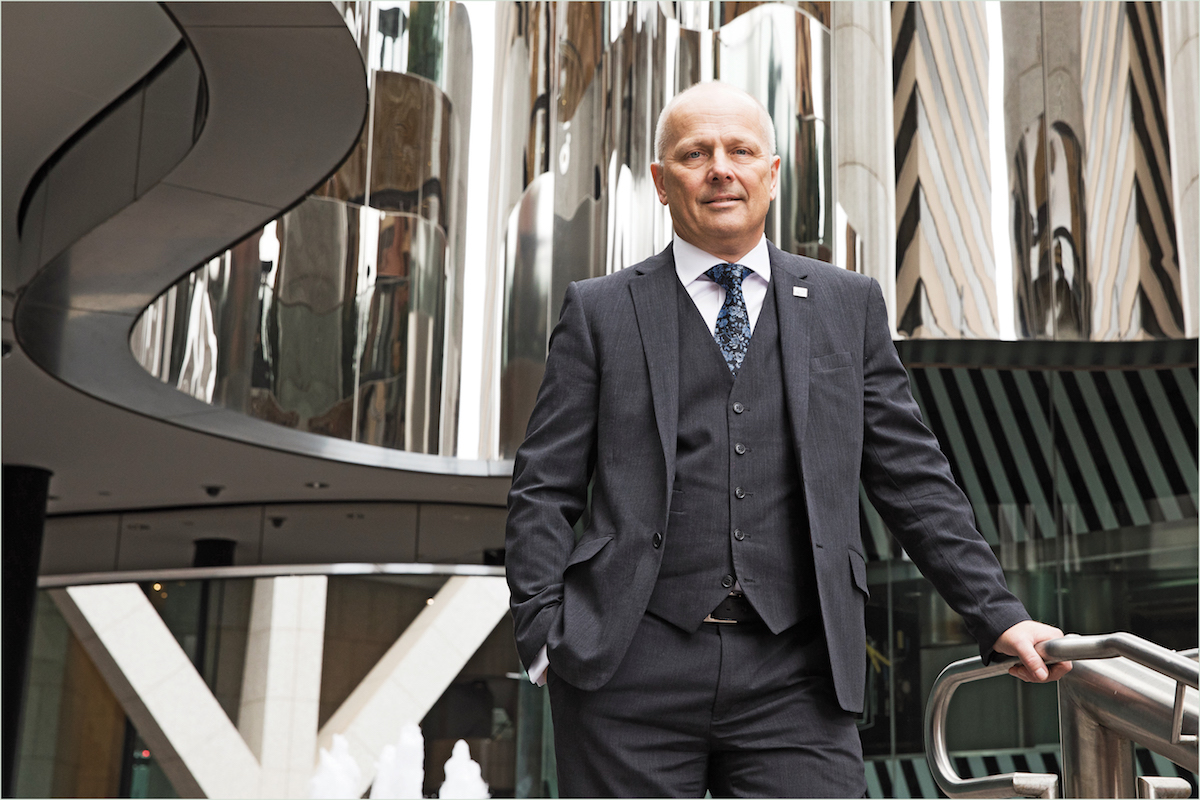 “The original design of Grosvenor was so forward-thinking that we were able to pursue a policy of evolution rather than revolution,” says John. “It was a revolutionary building from the start, and that’s what a lot of people don’t understand. They think it’s a very conservative building, but it was very forward-thinking in its design.”

“For example, there’s the orientation of the building, which maximises natural light but minimises east–west solar load, and the sun shades, which were an architectural feature to reduce the load rate on the building but don’t interrupt natural light. These inherent design features were extremely radical in their day and attest to Seidler’s genius.”

The tower has numerous ongoing initiatives that lend credence to its eco-friendly ideals. For one, Grosvenor’s air-conditioning system relies on ice storage, rather than more typical, on-demand chiller technology. The ice is frozen overnight, during off-peak electricity hours, making this method far more economical. Grosvenor Place has also installed smart sensors in its lighting system, which lets it automatically switch individual lights on and off as necessary. Both initiatives provide huge reductions in energy; the smart lights alone can reduce consumption by 50%, and that ’s not including the building’s ongoing LED installation. 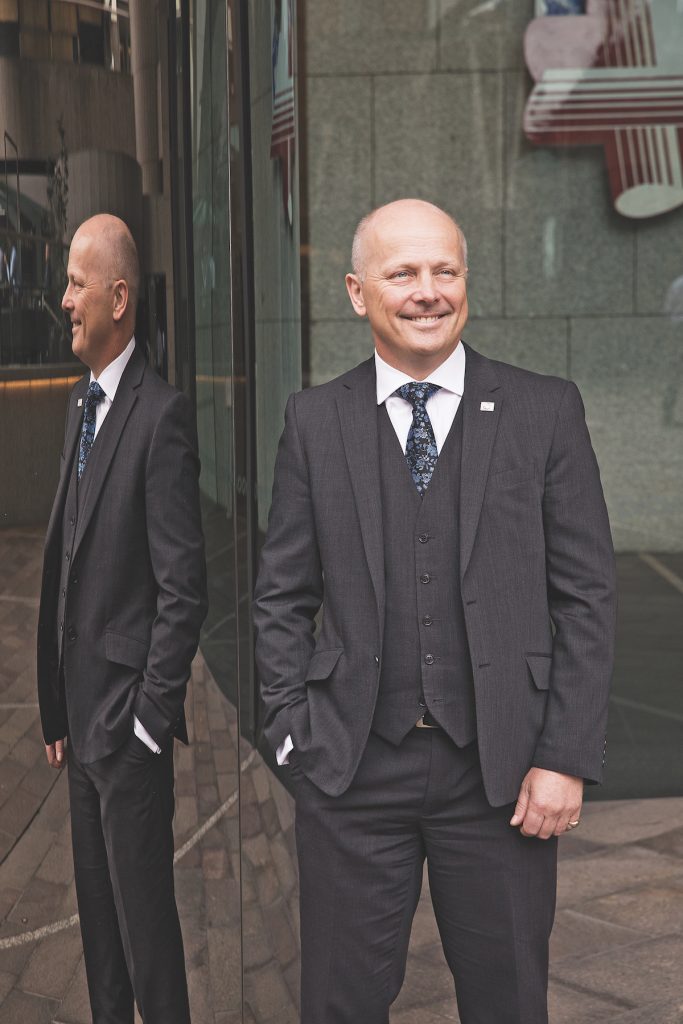 Other programs include recycling. An impressive 75% of the tower’s waste is diverted away from landfill, and there are no plans to leave it at that figure. It’s not just waste being recycled either; the building has installed water harvesting, and the aim is a Water Efficiency Labelling and Standards rating, to achieve both sustainability and enhanced quality for tenants. Finally, there are the solar panels that adorn Grosvenor’s roof.

Amid this admirable success in sustainability initiatives, Grosvenor has continued to redevelop and rework itself. In 2017, the tower saw the completion of an extensive, A$20-million revitalisation project, which John describes as “long, involved but hugely successful”, that led to its current 100% occupation rate.

At the same time, John attributes Grosvenor’s steady success to the team around him. As Executive Director, John sees his responsibility as one of guidance. Essentially, he takes his title quite literally, by choosing the direction that the company takes. Beyond that, however, he is careful not to be too controlling with his team.

“Setting the tone of the business is very important,” he says. “Once you’ve done that, then you need to empower the individuals within the team. Don’t micromanage them. You selected them for a reason. As long as you set the direction of the business and you can empower your team, they can develop themselves to the benefit of everyone, including themselves.”

Of course, at the centre of Grosvenor Place’s business strategy is its customers. Indeed, John makes a point of considering them as “customers”, rather than “tenants”, and in the same vein, he considers the tower’s suppliers and contractors as business partners.

It’s this attitude of compassion and humanity that characterises Grosvenor Place; in support of the community, the building hosts events like Mother’s Day and Valentine’s Day promotions, and health initiatives like yoga. “The biggest challenge in my eyes is to build a community feeling with a vertical relationship,” says John. “We call it ‘placemaking’ in industry, but at the same time we need to treat people and businesses as individuals and recognise their individual needs or requirements.”